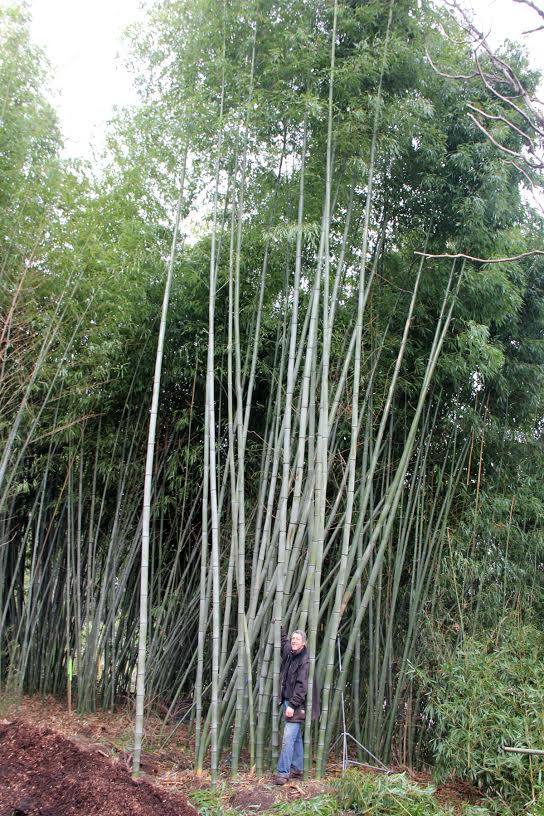 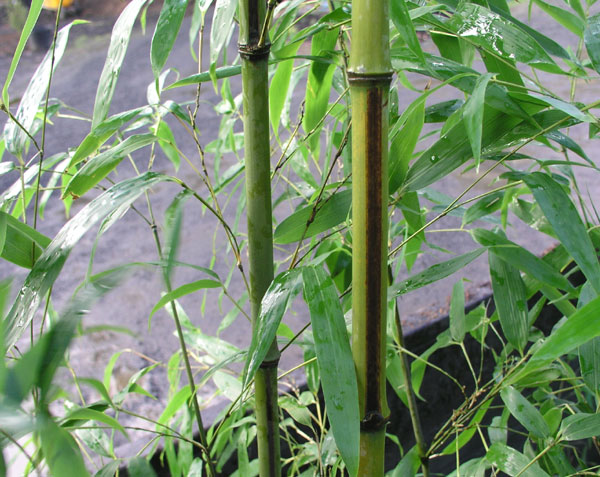 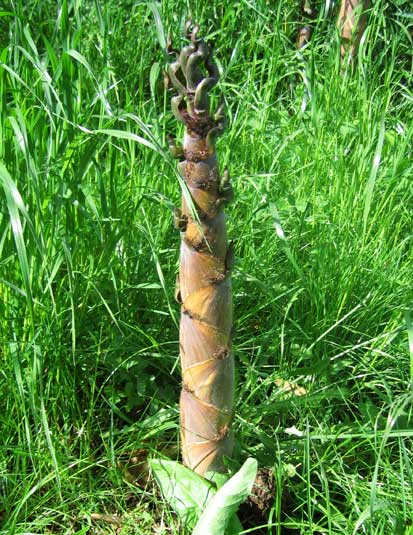 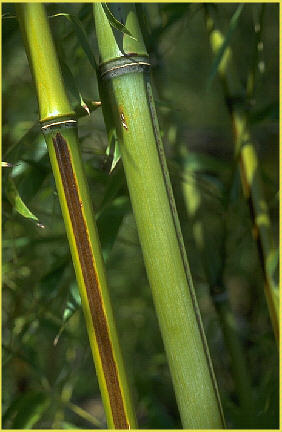 **Currently unavailable due to flowering**

This interesting form of P. nigra has a black stripe on the sulcus of the cane. It is very similar to P. nigra 'Henon' in form and growth habit, canes bearing small, feather-like leaves. We found this rare bamboo growing at Kubota Garden in Seattle, Washington in 1991. It was reported that this bamboo could only be found on a single island in Japan. It turns out to be a fairly common bamboo in Seattle, having been used in many landscaping jobs by the Kubota family over the years.

The photo of the new shoot is actually of P. nigra 'Bory', but all forms of nigra have culm sheaths that are the same, only the color of the culms are different. 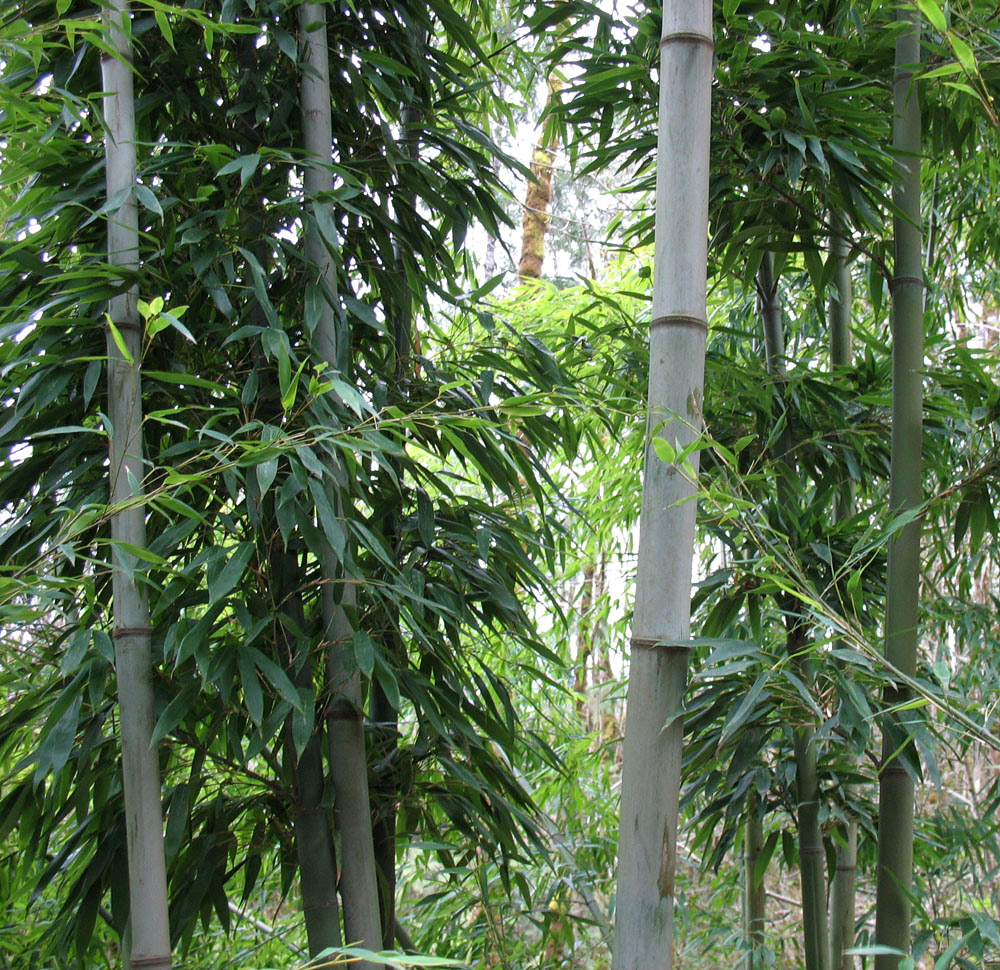 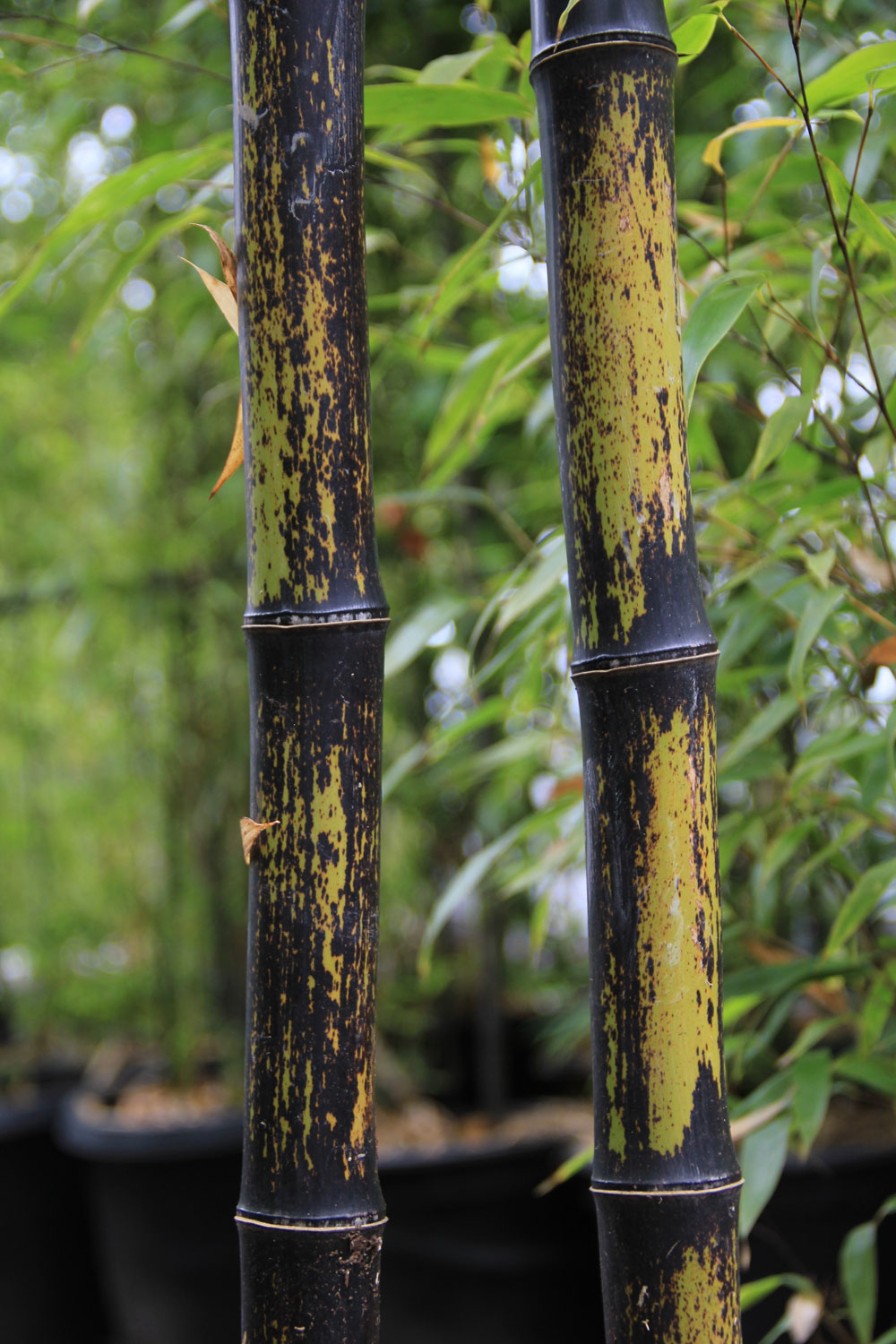 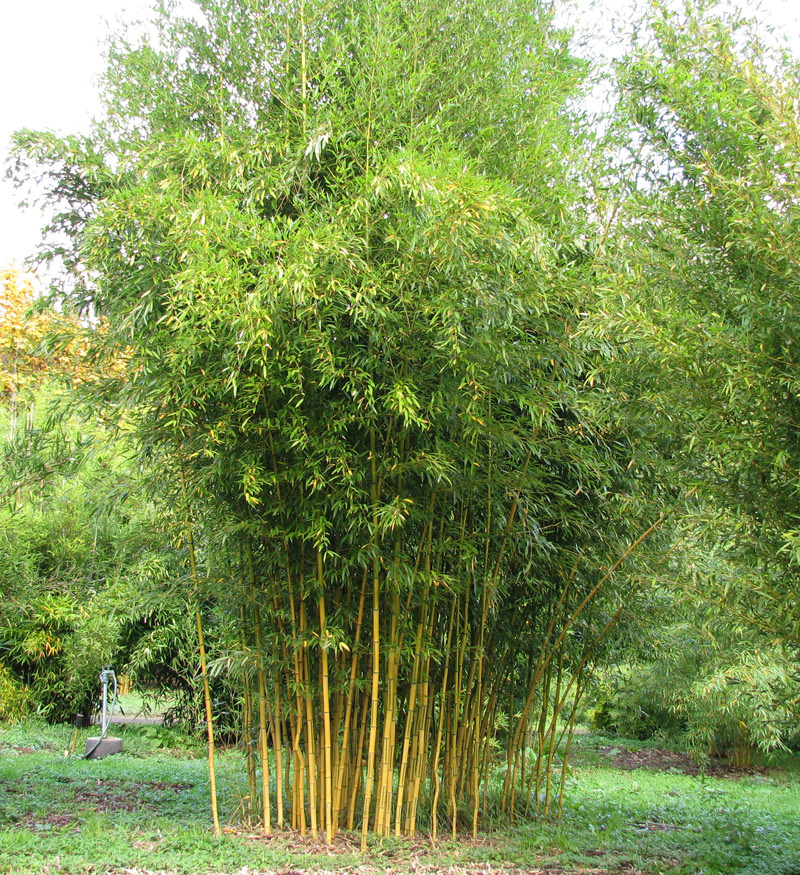