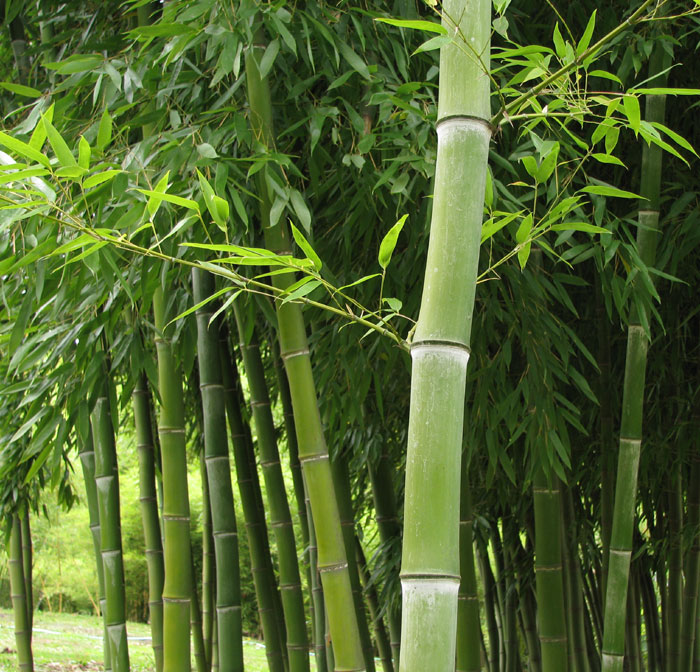 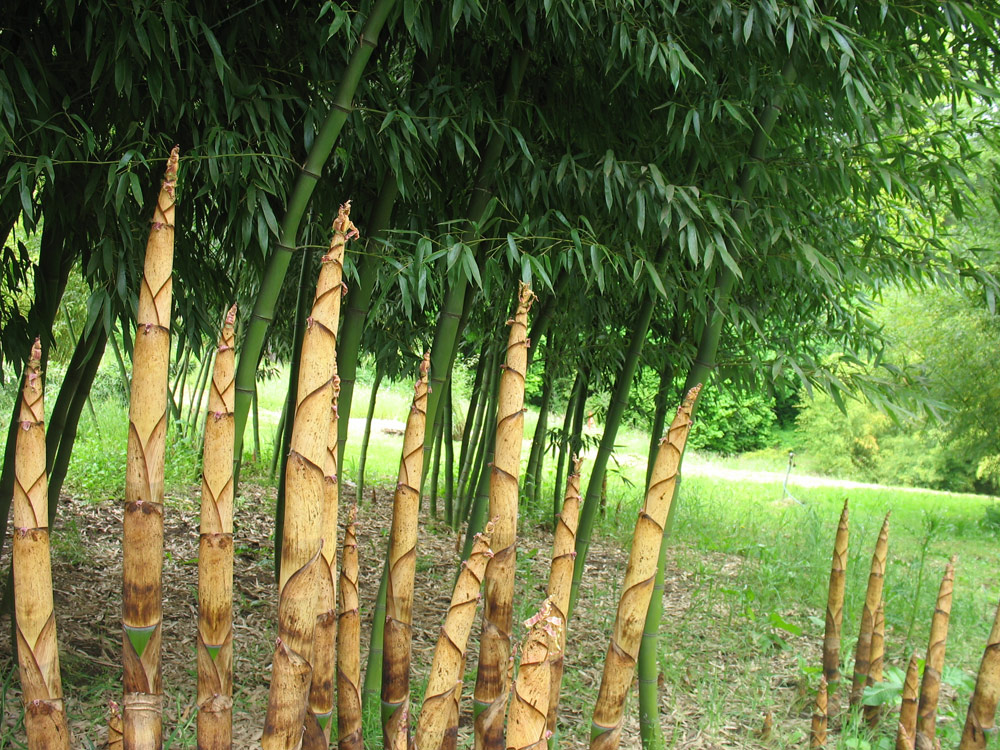 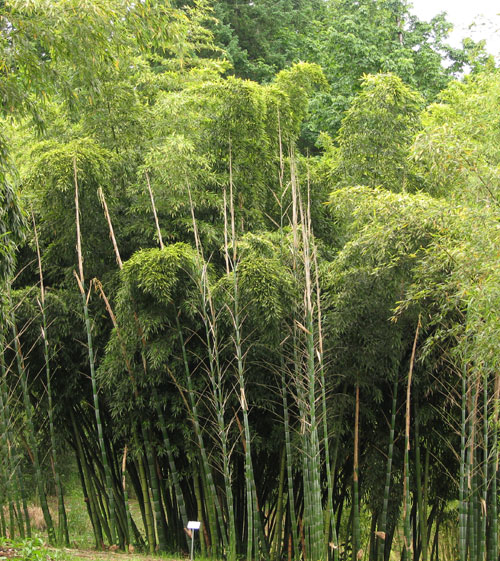 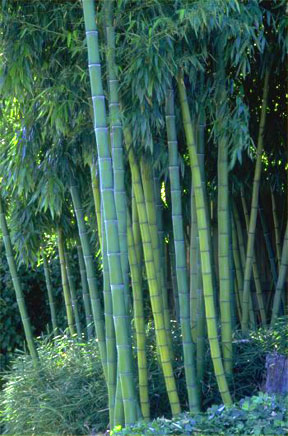 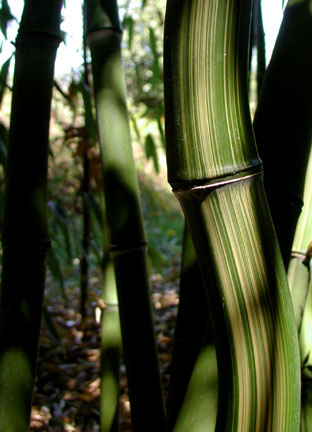 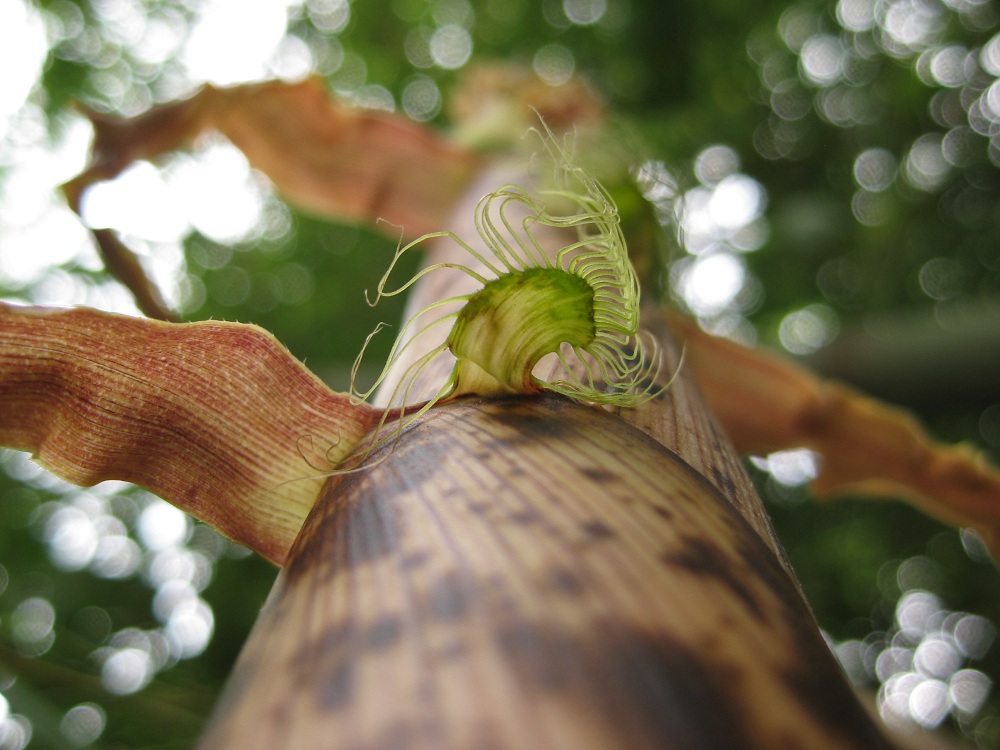 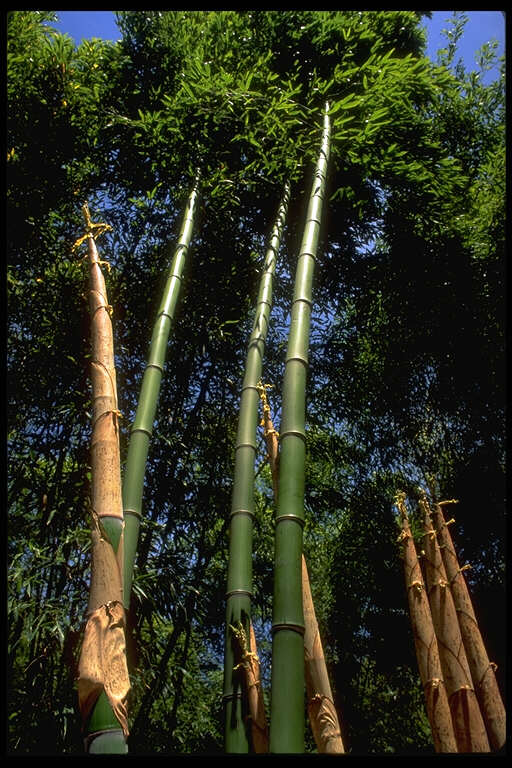 The masses of large drooping leaves, the thick culms, and a white ring at the node make this one of our most beautiful bamboos. "Sweetshoot Bamboo" is also one of the quickest growing. It gets very thick canes for its comparatively short height. Phyllostachys dulcis will occasionally display cream-colored stripes on its culms, as shown in the 5th picture. Young culms of the P. dulcis have a coating of white powder, as shown in the 1st image. This species is grown in China for its tasty shoots early in the season. Shoots begin appearing around the end of April in the Pacific Northwest and are among the best of the edible bamboos.  P. dulcis is a great option for people who like the really thick diameter canes, but don't want towering height of over 40 feet. Dulcis is probably the best bamboo for creating a small scale "Bamboo Grove" because it can make large canes even in tight spaces.  Just be sure to have a good maintenance system in place to control the spread. 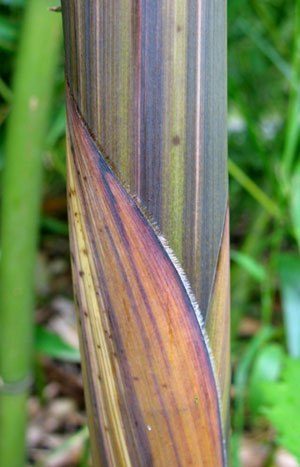 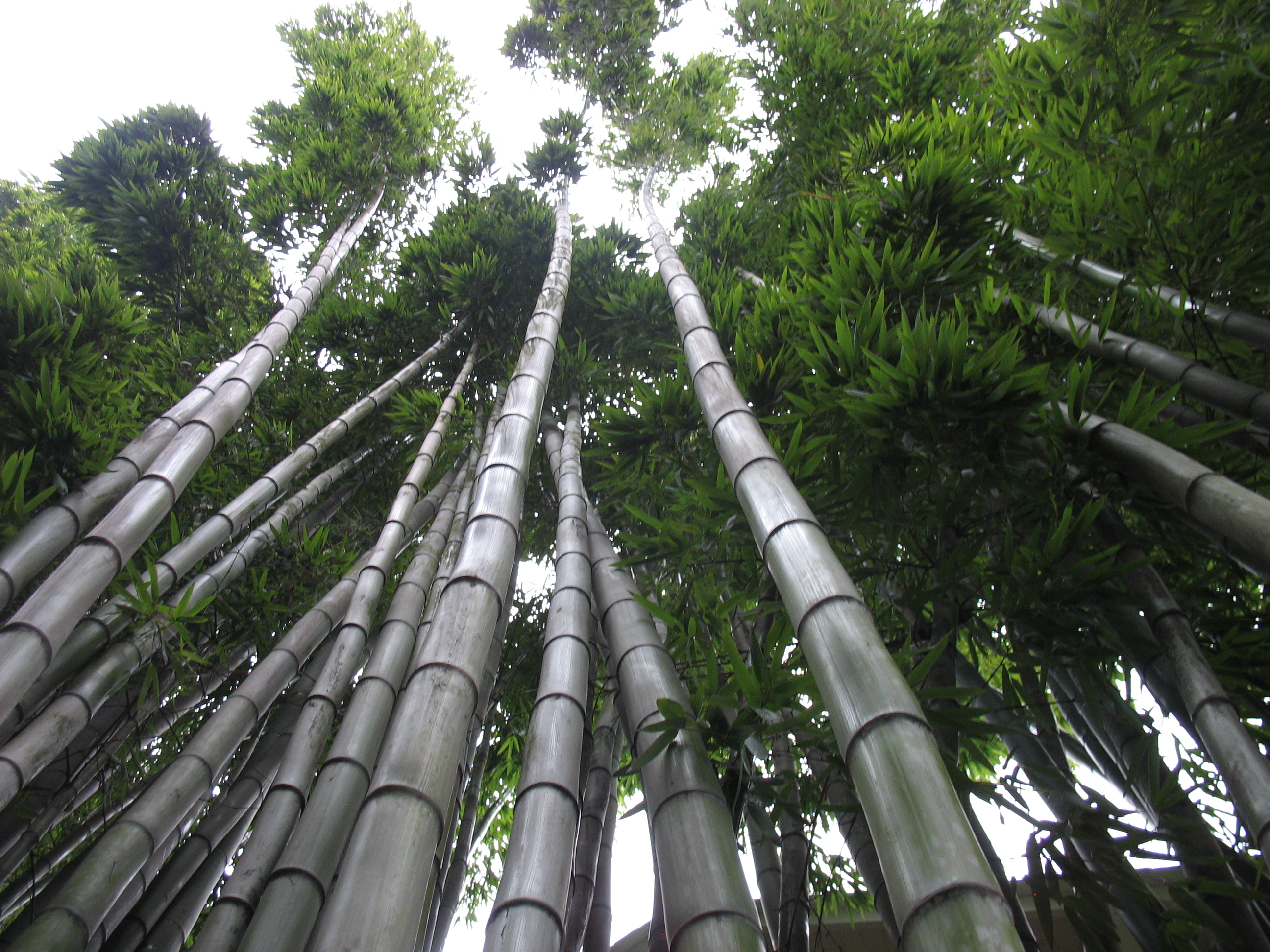 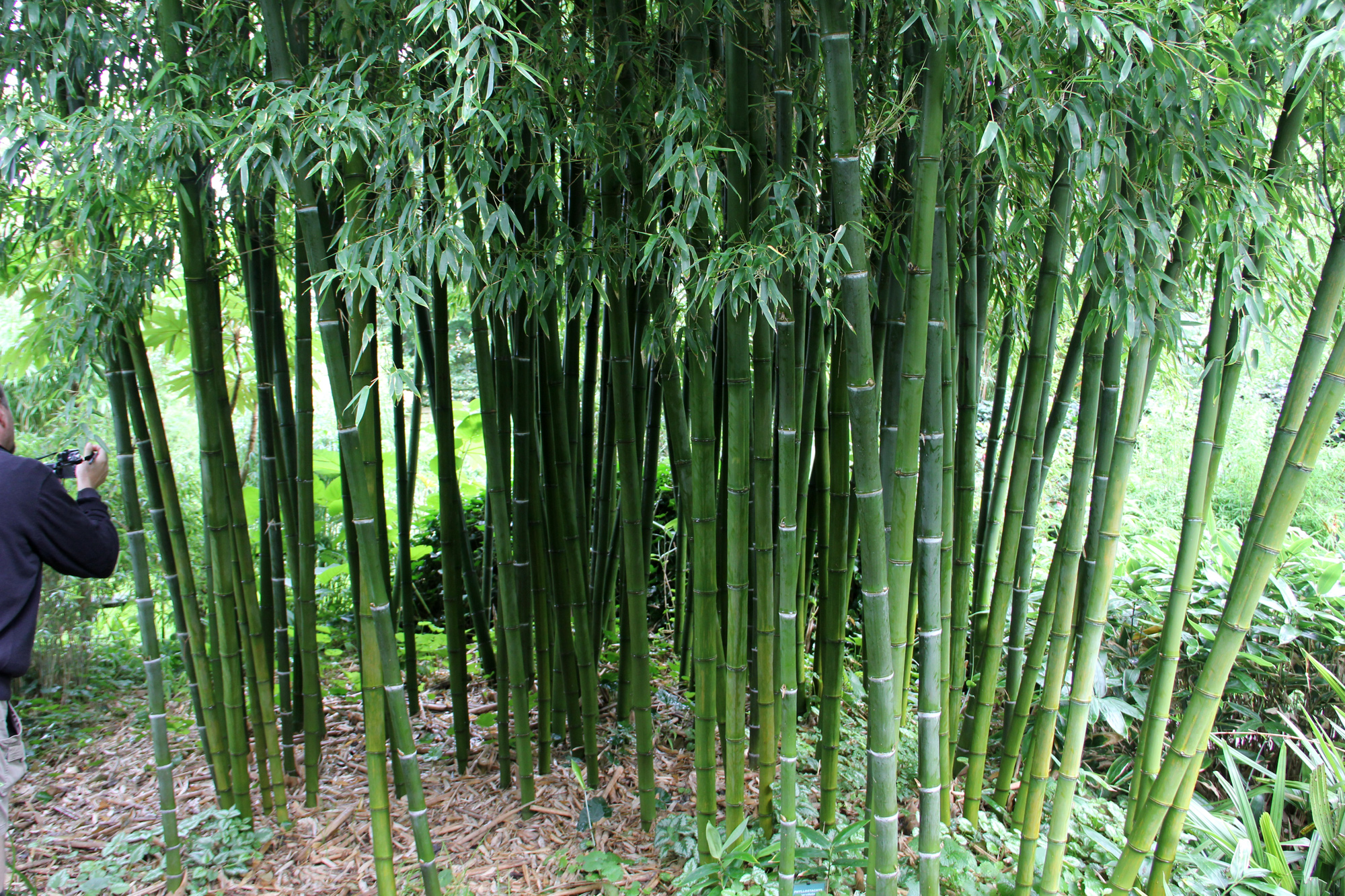