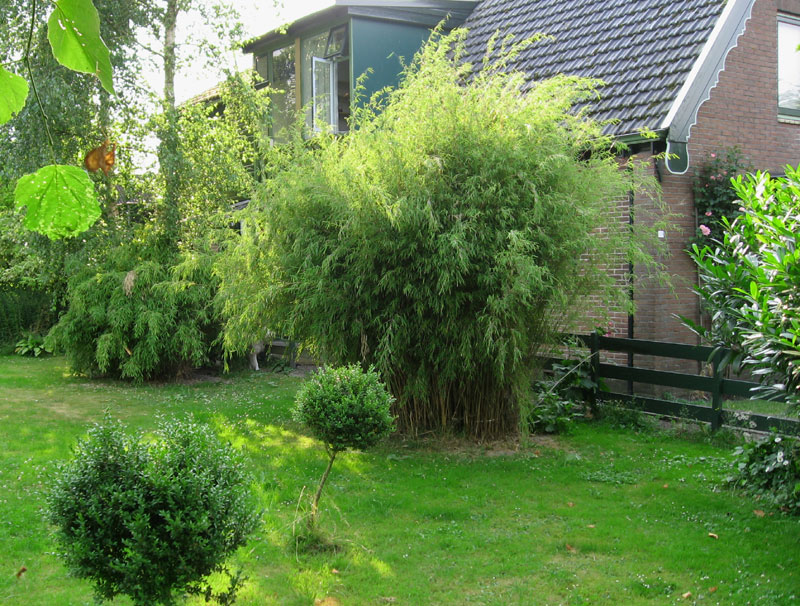 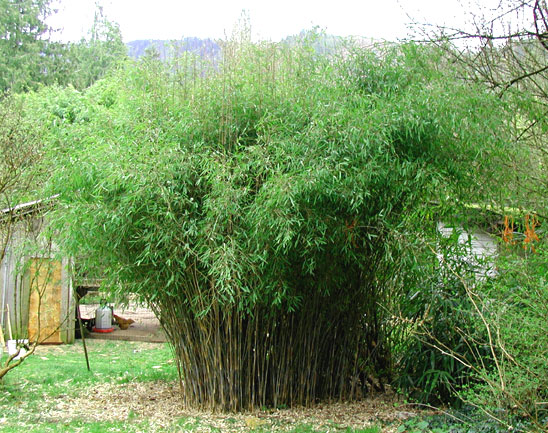 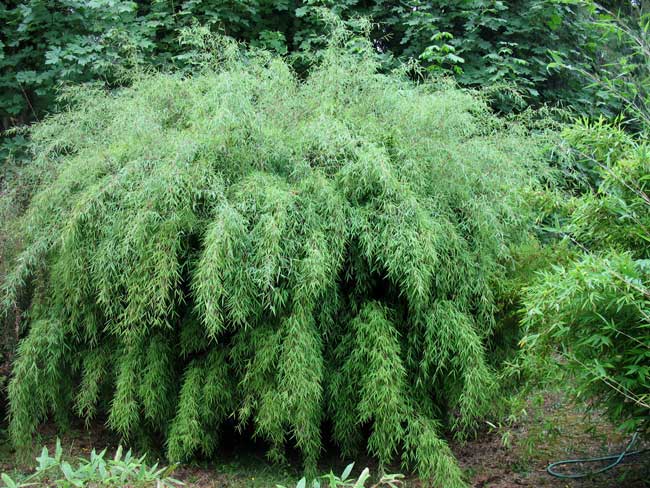 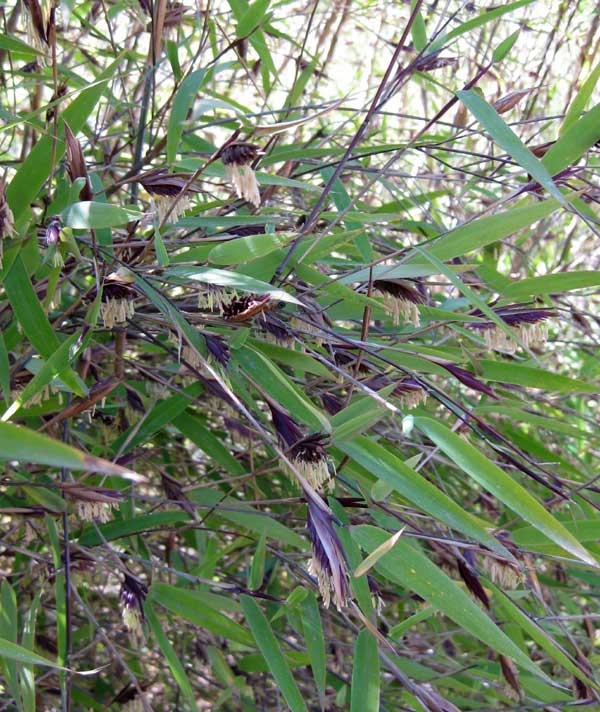 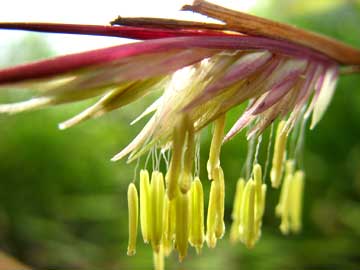 USDA Zones: 5-9, Not recommended for climates with a lot of intense heat or high summer humidity (including most of the southern USA)

The F. nitida we sell are new seedlings with no risk of flowering for the next 100 years.

"Blue Fountain" has been in cultivation in Western gardens even longer than “Umbrella Bamboo”. The first generation of seed was collected in North Szechwan, China, for the St. Petersburg Botanical Garden in the late 1880’s. Most of the established cultivars of F. nitida originated from this early collection: “Nymphenburg”, “Ems River”, “Eisenach”, “deBelder” to name a few. At the turn of the millennium, after a long and prosperous life of lending brilliant color and texture to landscapes across Europe and the United States, they are now in the midst of their 120 year flowering cycle. The first generation of F. nitida, loved by many, will flower and abruptly perish within the next few years.

Fortunately, we were able to germinate seed collected in 2002-2005 from one of the first European cultivars, F. nitida ‘Chienevieres’, that began the flowering process. We have planted over 100 of these vigorous, young seedlings on our nursery grounds, watching for unique characteristics to emerge. We currently have seedlings for sale as we wait to select and name a new generation of cultivars with the most desirable qualities. The name “Blue Fountain” refers to the dark purple and blue-grey culms supporting a fountain shaped plume of delicate, evergreen foliage. It is extremely cold hardy, which, combined with its stunning appearance, make F. nitida among the most horticulturally important bamboo. We also offer Fargesia nitida ‘Nanping’, collected in the late 1990’s from the Sichuan province of China and not expected to flower any time soon. It has the same hardiness and shape as F. nitida, but the leaves have a subtle iridescent gloss which adds to their appeal. Fargesia sp. ‘Jiuzhaigou’  is similar to “Blue Fountain”, and there is some debate as to whether it should be classified as a F. nitida.

These are seedlings from the the first flowering of F. nitida since its introduction in the 1880s by Messrs Veitch. The seeds of the original plants were collected in North Szechwan, China, by Russian collector Mr. Botin, for Dr. Regel, the director of the St. Petersburg Botanical Garden. Although there are a few new introductions of F. nitida, many of the named forms are from this original seed, and will most likely flower and perish in the next few years. Like other Fargesias, it is a clumping bamboo and is happy with some protection from hot afternoon sun. These new seedlings should be fine for another one hundred plus years. 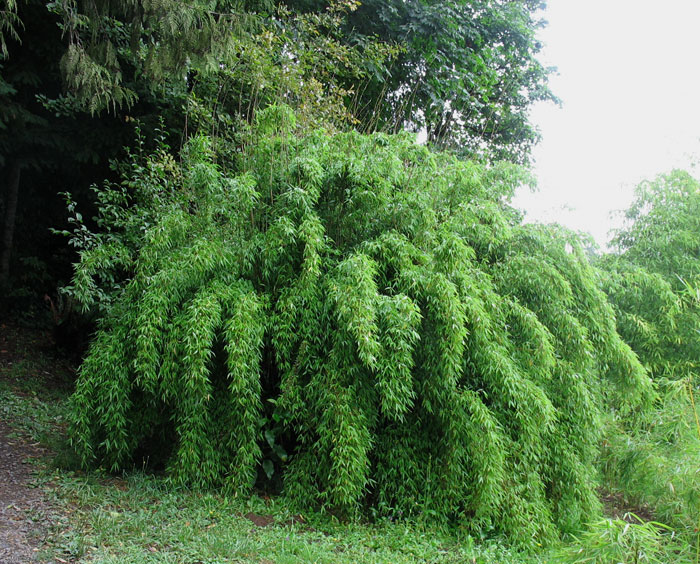 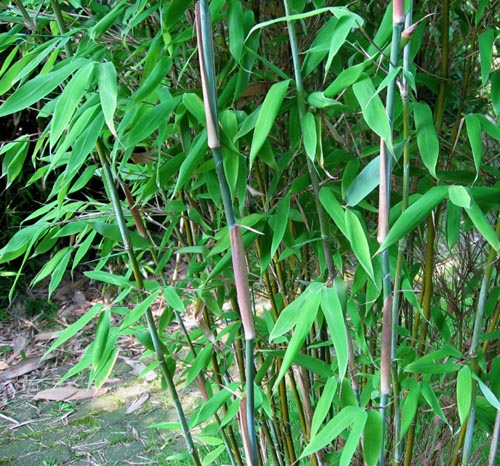 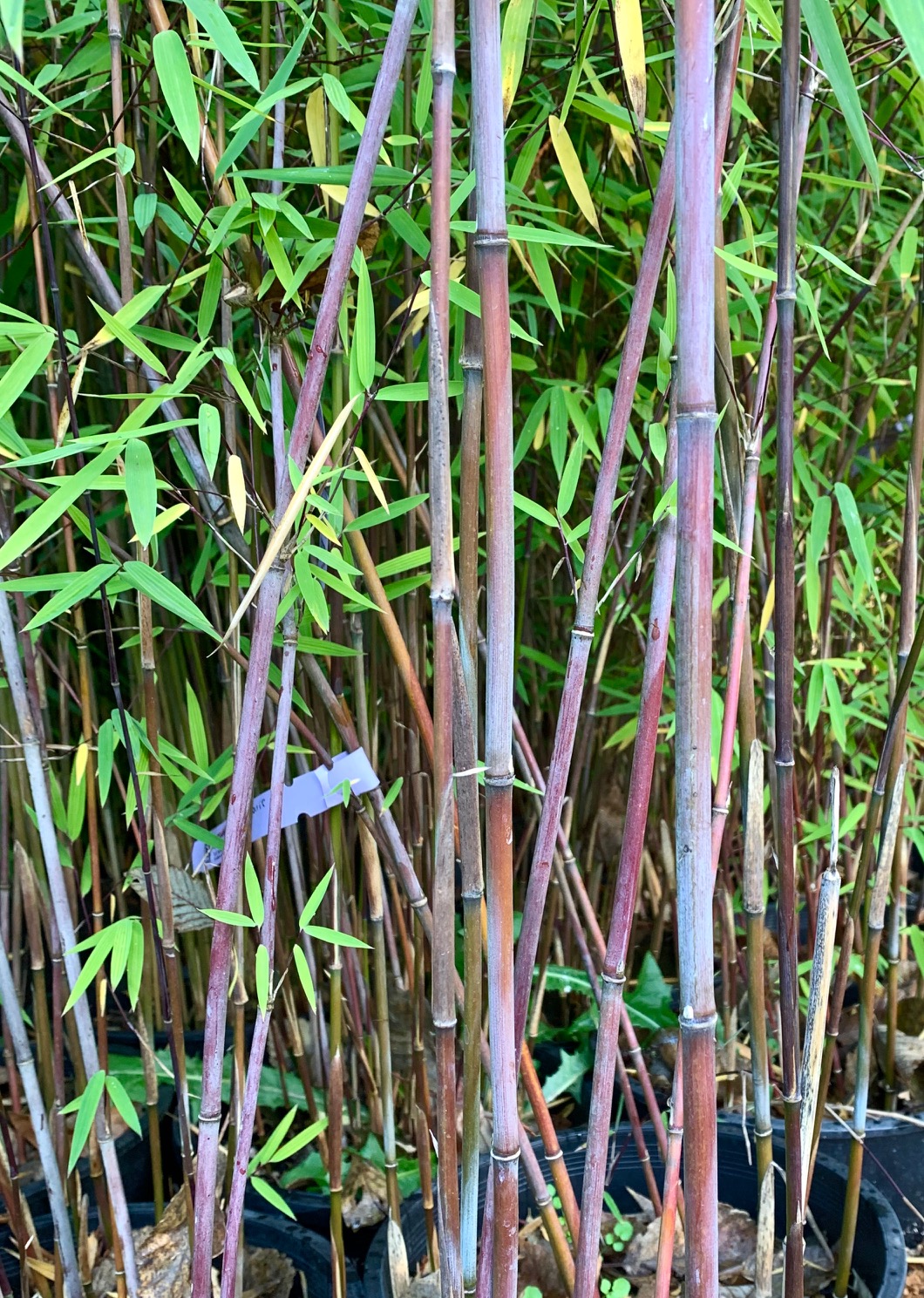