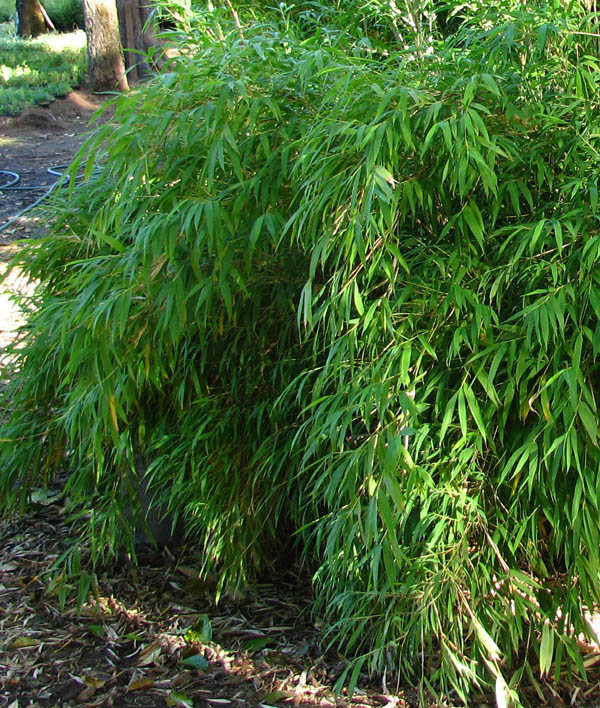 This bamboo's name seems to be in a constant state of flux. Whatever taxonomists decide to call it, the plant will remain the same: A very unusual combination, having characteristics of both Fargesia, with elegant, evergreen foliage and a weepy habit, and Arundinaria, a spreading root mass.  It looks similar to Yushania ancepts 'Pitt White' but probably will have a shorter overall height.   We got this plant from Whitney Adams who obtained his from one of the Julian Campbell collections where a batch of seed was harvested from an area of China called "Emei". This bamboo has previously been placed in the genus Gleidocalamus. There is much yet to learn about this one. 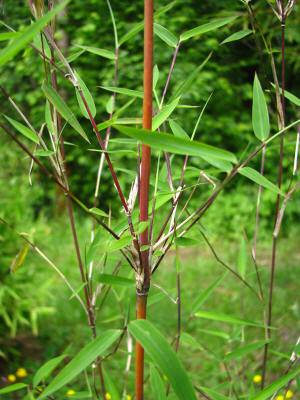 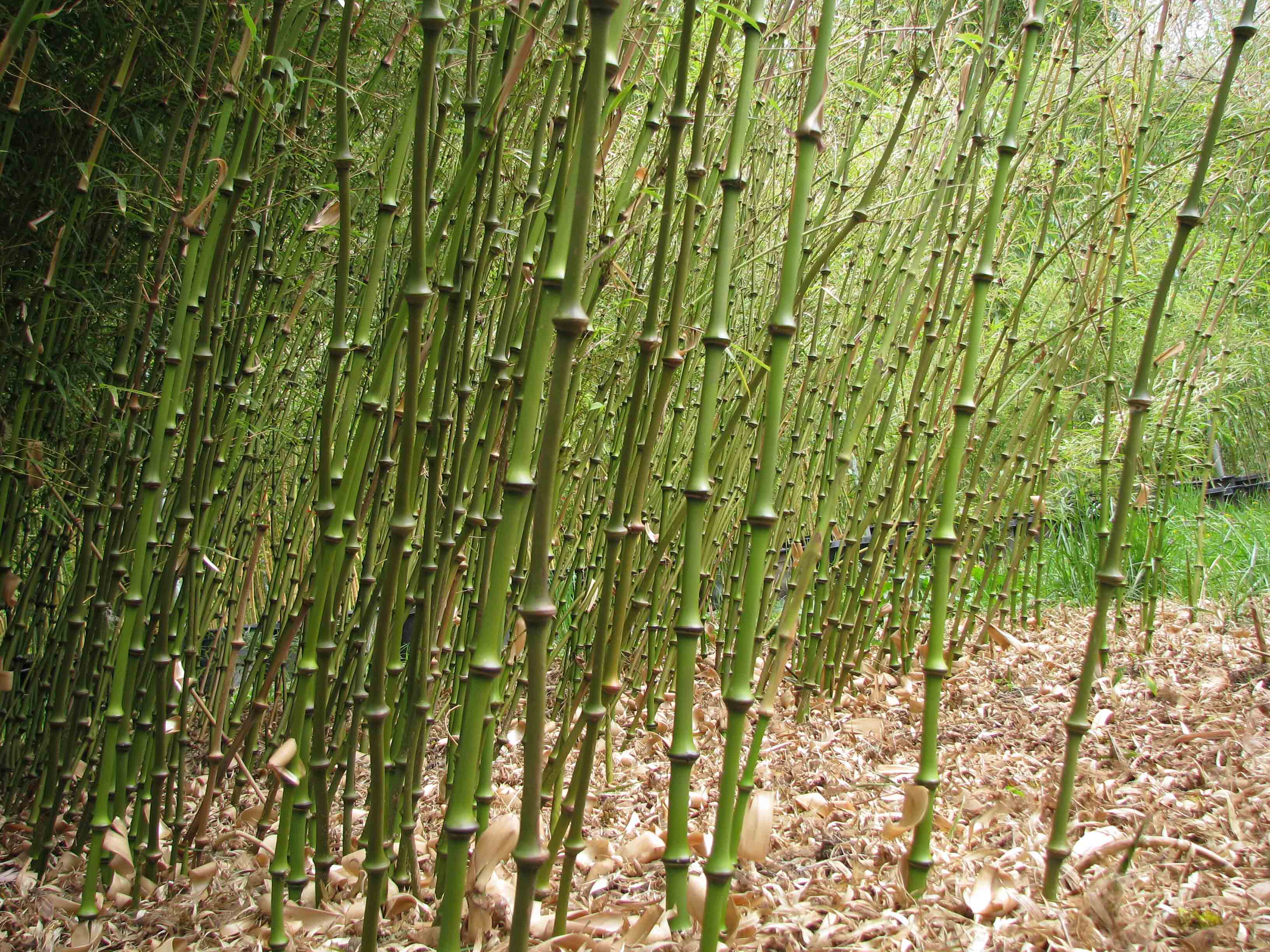 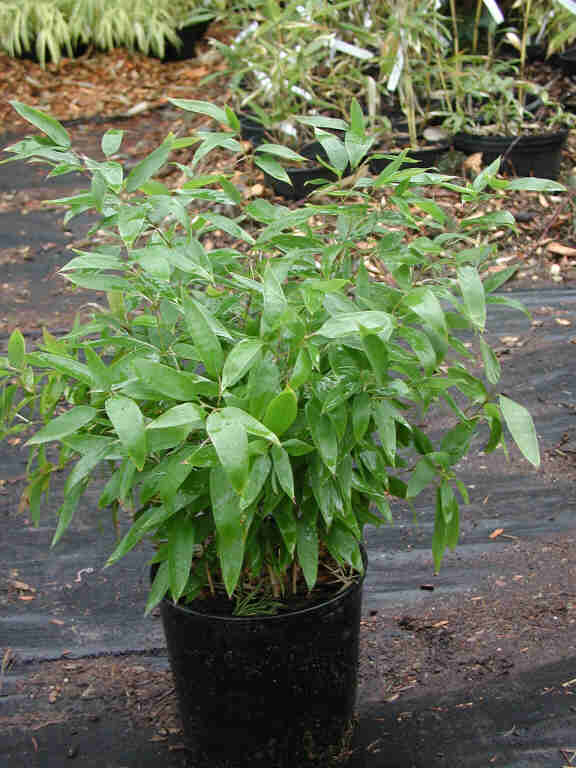