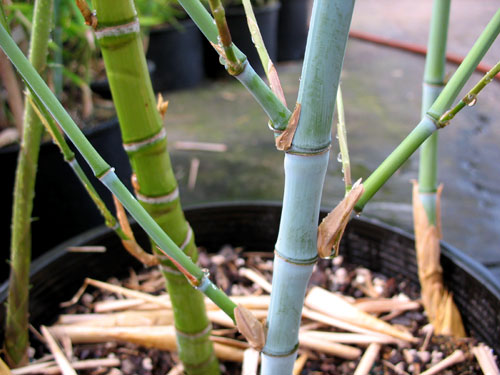 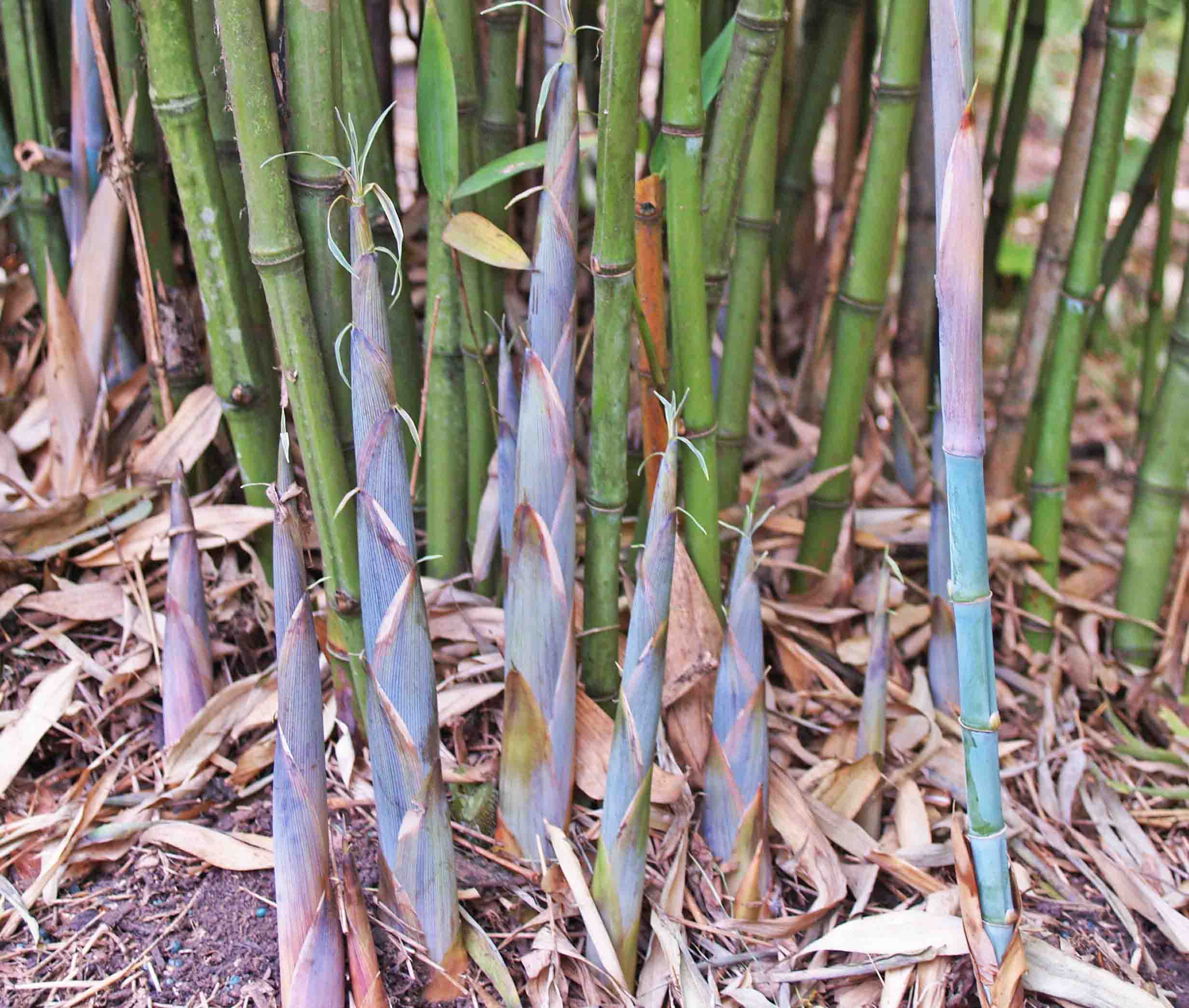 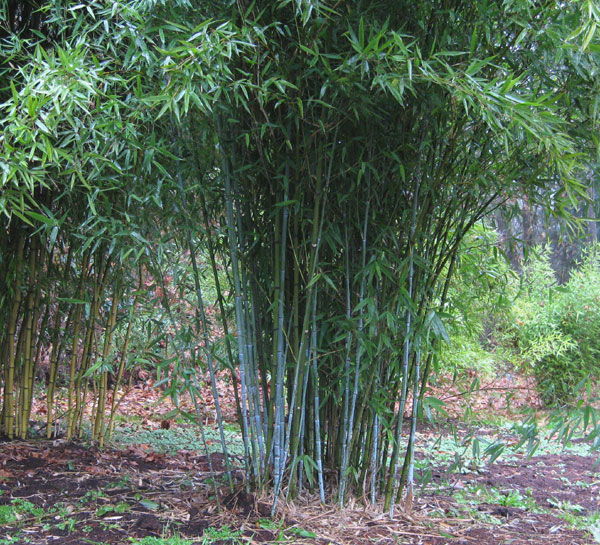 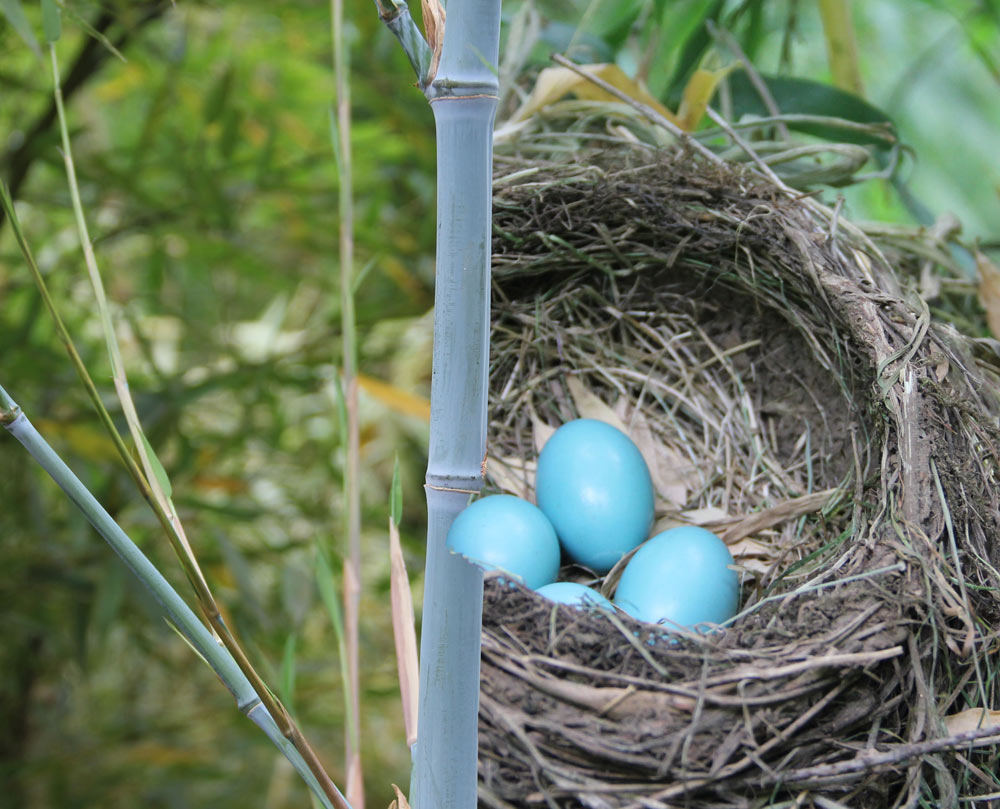 This new cultivar of P. aurea was established from seed we collected at our nursery when P. aurea 'Albovariegata' went into flower in the late 1990's. It has unusually blue new shoots which retain their pastel color for about 9 months out of the year from spring until late fall.  During the winter they usually fade to green but are soon followed by new shoots next spring. So far they do not seem to be quite as hardy as the species. Regular Phyllostachys aurea also has bluish new shoots but not as bright as those of P. aurea 'Dr. Don'. The last photo compares the color to Robins eggs, using a nest found in P. nigra 'Bory' (having fun with Photoshop).

Named in honor of the late bamboo collector and good friend, Dr. Don Emenhiser of Corvallis, OR. 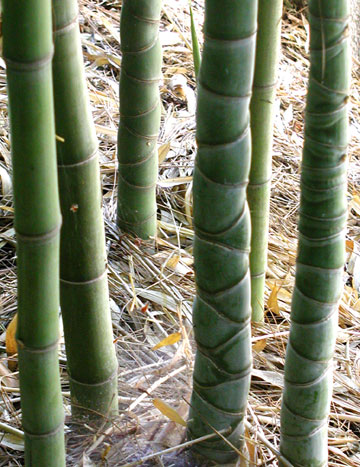 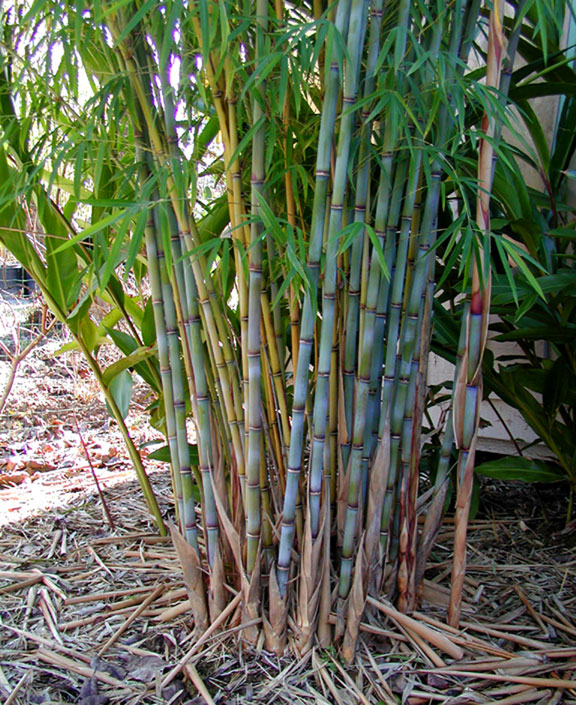 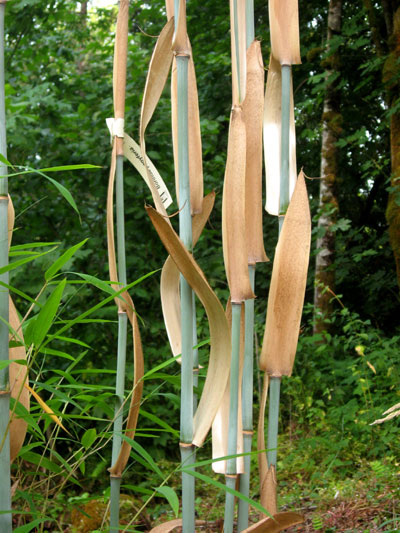